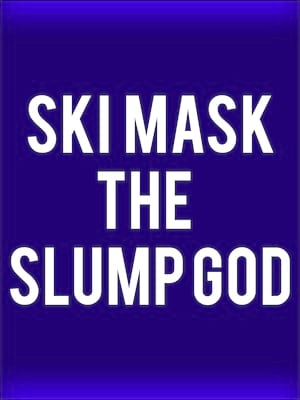 Ski Mask makes us feel empowered to speak out against the system, or simply move and groove to his word olympics.

Rapper Ski Mask the Slump God is known for his work with fellow rapper XXXTentacion and their hip hop collective Members Only. He plummeted into his solo career with his singles 'Catch Me Outside' and 'Babywipe' released in 2017. The following year, the rapper released his debut studio album 'Stokeley,' which peaked at number 6 on the Billboard 200 chart.

Upon its debut, Stokeley was described as containing "inventive lyrics and eclectic style" by NME and "a thrill because at no point can you predict what's coming next; its energy is the only constant" by Pitchfork.

The Come Up Show Used under Creative Commons License

Seen Ski Mask the Slump God? Loved it? Hated it?

Sound good to you? Share this page on social media and let your friends know about Ski Mask the Slump God at 20 Monroe Live.