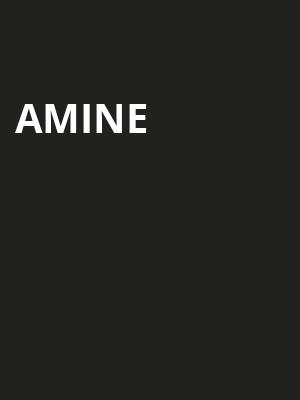 There was plenty of connection and there were plenty of noises that made Amine's "Tour For You" Denver stop so special.

The best tour ever!

Portland native rapper Amine has been hailed as a young music talent to watch. In 2017, after his hit single 'Caroline' was released, it soared to number 11 on the US Billboard Hot 100 chart and became triple platinum! Five years later, Amine is hitting the road with his recently released album TWOPOINTFIVE on 'The Best Tour Ever'.

Following the release of his initial hit single, Amine went on to bring out an accompanying video which received over 200 million views on YouTube and was performed on The Tonight Show with Jimmy Fallon. The artist was also nominated for a BET Hip Hop Award under Best New Hip Hop Artist. The young musician has a buzz around him; he joined XXL Magazine's acclaimed and renowned Freshmen Class as a cover star and performed a high energy set at Bonnaroo Music and Arts Festival in Tennessee.

Seen Amine? Loved it? Hated it?

Sound good to you? Share this page on social media and let your friends know about Amine at Intersection.