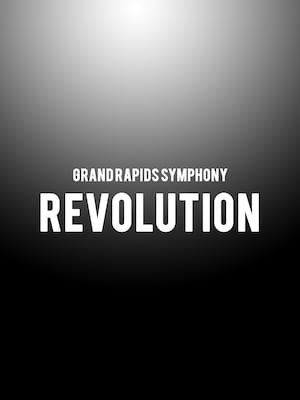 A 50th anniversary celebration of The Beatles and their lasting legacy

The Grand Rapids Symphony and Principal Pops Conductor Bob Bernhardt pay the ultimate tribute to the Fab Four this spring. Celebrating 50 years since the birth of the legendary British pop quartet, the ensemble presents the ultimate Beatles symphonic experience, filled with over 25 of their most cherished hits transcribed and arranged from the Abbey Road Masters. If that wasn't enough, there'll be live singers, projected videos/images and a few special surprises in store!

Formed in their home city of Liverpool in 1960 by singer and guitarist John Lennon, singer and bassist Paul McCartney, lead guitarist George Harrison and drummer Ringo Starr, The Beatles spent their relatively short tenure as a band building a catalogue of widely influential songs that are beloved to this day. Regarded as the most influential band of all time, they are also the best-selling artists in all of music history, with over 800 million albums sold physically and digitally worldwide.

Sound good to you? Share this page on social media and let your friends know about Grand Rapids Symphony - Revolution at Devos Performance Hall.