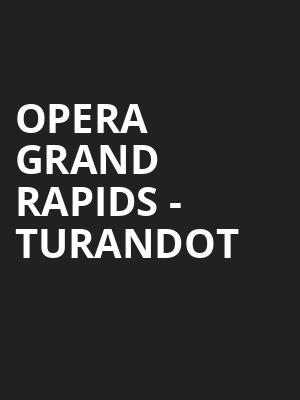 WHAT I DID FOR LOVE

As savage as she is beautiful, Princess Turandot has concocted a series of nefarious tasks to put off potential suitors. If you lose, you die at the hands of the executioner, if you win? Well, no one ever has. That is, until the besotted Prince Calaf accepts the challenge. With a little savagery of his own, he throws himself into the tasks, growing ever closer to the hard-hearted Princess...

The Story of Turandot

As the realm faces upheaval, peace depends on Turandot choosing a suitor, but after swearing off men after the violent death of a beloved ancestor, it's no easy task for even the most ardent admirer. When the exiled Prince Calaf decides to try his hand at Turandot's mind-bending challenges, it seems the bloodthirsty ruler may have met her match. Don't miss this opulent production that embodies the spirit of this strange tale of ruthlessness and love hard-won.

Sound good to you? Share this page on social media and let your friends know about Opera Grand Rapids - Turandot at Devos Performance Hall.