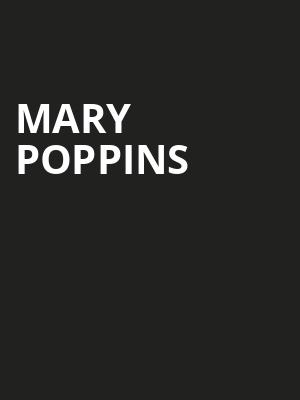 The show has been created, in collaboration with Cameron Mackintosh, by Academy Award-winning screenwriter Julian Fellowes, who has written the book, and the Olivier Award-winning team of George Stiles and Anthony Drewe, who have composed new songs and additional music and lyrics.

Mary Poppins marks the first collaboration between Disney, producer of acclaimed The Lion King and Cameron Mackintosh, legendary producer of the record-breaking The Phantom of the Opera, Cats and Les Miserables. The result is a musical so extraordinarily enchanting that, like the critics, you'll have just one word for it: Supercalifragilisticexpialidocious!

Mary Poppins is for elementary school children and older.

2 hours 40 minutes with one 15 minute intermission.

Lyrics by Robert Sherman and Richard Sherman; with additional lyrics by Anthony Drewe

Music by Robert Sherman and Richard Sherman; with additional music by George Stiles

Suzanne A. NJ Transplant: “A total display of beauty!”

I saw Mary Poppins 3 times in NY. Loved it every time. The cast, the... more

Sound good to you? Share this page on social media and let your friends know about Mary Poppins at Grand Rapids Civic Theatre.